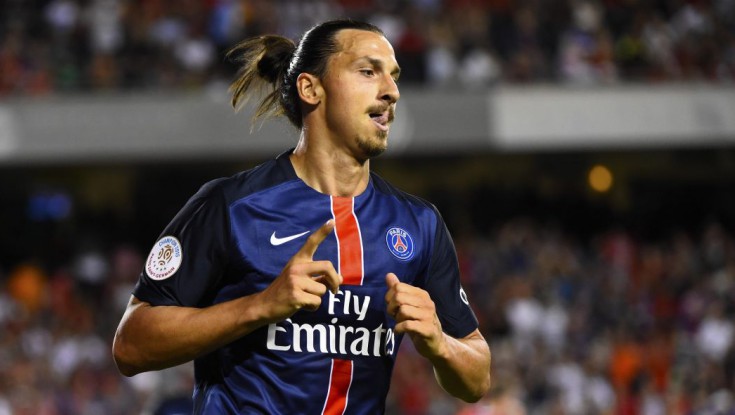 As Paris Saint-Germain head for Manchester City, looking to improve on a 2-2 first-leg home draw in the UEFA Champions League quarter-finals, forward Zlatan Ibrahimović explains how he may be at his absolute peak as a player.

-You have reached the final rounds of the UEFA Champions League with Paris again. How determined are you to make history with this club?

- Every time [the aim has been] to go further, but so far we haven't gone further. And it's the same thing this year, we will try to go further. The Champions League is like that – you never know, you cannot predict what's going to happen. You can always do your best, but what will happen is difficult to predict. You can always wish, but you need to [put in the performances] in the two games you play. We are a better team this season. And we have more experience this season, so the club – no, not the club, but the new team, let's say, that was reborn a couple of years ago – is more used to the quarter-finals.

- When you reflect on this season, how happy are you with how you have performed?

- I am enjoying it, I am enjoying it a lot, because there were many discussions before this season. Many, many talks and now I don't hear people talking any more. I see them enjoying it instead. So that is what I do, I enjoy myself and I give the people happiness and let them enjoy it.

- You are 34 now. Would you say you are playing better than ever?

- I have never been better. The way I feel today is the best I have ever been. I was born old and I will die young. That is how it looks.

- As you get older, do you appreciate the special moments on the pitch even more?

- I appreciate it, yes, because I think everything is in your head. It's a mental thing. You are as young and fresh as you think you are. And that is what I have proved this season, by doing the things I am doing. So the age is just a number. You are as young as you think you are in your head. Your head decides how young you are and how old you are. So this year I decided I am very young.

- You have won everything domestically in France. What would it mean to bring the cup with the big ears to Paris?

- I play for trophies; whatever trophy I can win, I will do everything in my power, in my sacrifice, to win it. Absolutely. So if we can win it, we want to win it. The players on the pitch want to win everything. That's why we are here, to train, to focus, to prepare and to do it. So let's see.