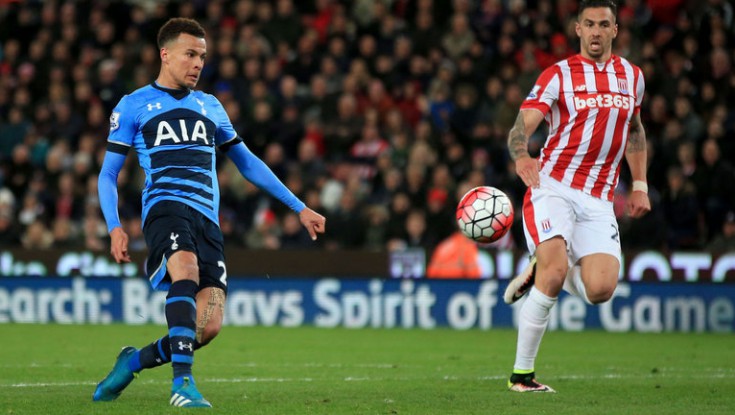 Tottenham star Dele Alli has been named PFA Young Player of the Year for 2015-16. The 20-year-old has taken the Premier League by storm since signing from League One MK Dons last year, scoring 10 goals and providing nine assists in 32 league appearances for Spurs. Alli beat team-mate Harry Kane, Stoke goalkeeper Jack Butland, Liverpool's Philippe Coutinho, and Everton duo Romelu Lukaku and Ross Barkley to the award.  It was announced at the PFA awards dinner at Grosvenor House in London on Sunday but Alli and Kane were not able to attend the gala because of their match against West Brom

Former Tottenham player and manager Ossie Ardiles accepted the award on Alli's behalf, and Alli said: "Thank you Ossie, the Tottenham legend for receiving this award for me.

"Sorry I can't be there tonight but we have a big game tomorrow. Thank you to everyone who voted for me. I feel honoured to win such a prestigious award and thank you to my friends, family and all the staff at Tottenham."

The England international, playing in his first season in the top-flight, was also named in the PFA Team of the Year.

Alli signed for Tottenham in January 2015 but was loaned back to MK Dons for the second half of the previous campaign, but he immediately caught the eye in pre-season when he nutmegged Luka Modric in a pre-season friendly against Real Madrid.The youngster was not expected to immediately break into Spurs first-team but he has been a regular since his first start in Tottenham's fourth Premier League game of the season - an away win at Sunderland.

Alli scored his first Premier League goal in the home win over Aston Villa on November 2 and then became one of the youngest men to be called-up to the England squad for the friendlies against Spain and France.Against France at Wembley, Alli scored his first senior international goal in his first start - a sweet right-foot strike into the far corner from outside the box.

Alli scored three times more before stunning the division with a wonder-goal at Crystal Palace on January 23, controlling a knock-on before looping the ball over a defender and volleying it home from distance to help win the game.