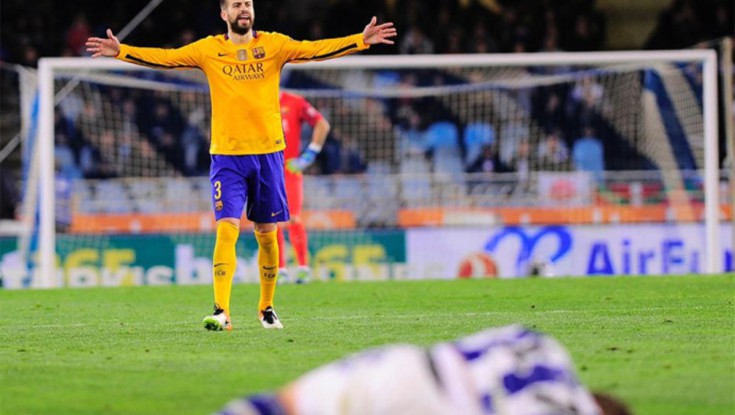 10:20
18421
| A A A
Share
Pique and Rafinha return from San Sebastian with 'knocks'sport-english.com

Barcelona’s defeat to Real Sociedad at Anoeta has not just had consequences on their lead at the top of the table. Gerard Pique and Rafinha returned from San Sebastian with slight physical problems, although neither have been ruled out of Wednesday’s Champions League clash at the Vicente Calderon against Atletico Madrid.

Pique and Rafinha, who both have discomfort in the pubic area, were at the Ciutat Esportiva on Sunday, despite the fact Luis Enrique had given his players the day off.

The Catalan defender took part in recovery session with the Champions League in mind. He returned with a ‘knock’ courtesy of an incident during the game against Real Sociedad. Despite the discomfort, he has not been ruled out of Wednesday’s game.