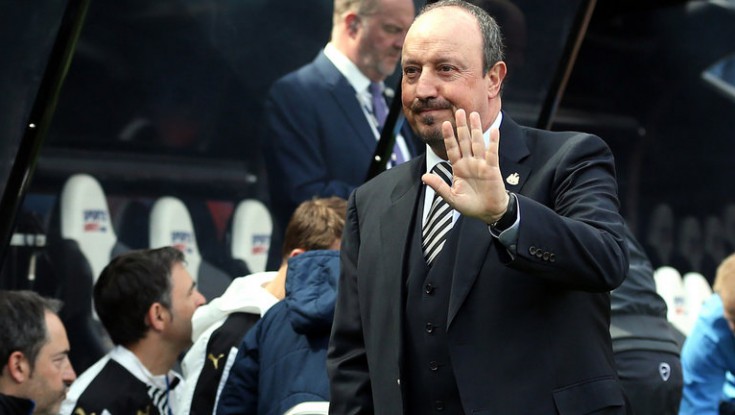 Owner Mike Ashley has met Rafa Benitez for the first time to hold talks over the Newcastle manager's future. Ashley and Benitez talked on the day Newcastle ended their season with a 5-1 hammering of Tottenham, although their best result of the season came too late to save their Premier League place. Benitez signed a three-year deal to take over from Steve McClaren at St James' Park in March, but it is thought that deal has an early release clause in it. The Spaniard previously said he would make his mind up over his future in the next fortnight, but added further thoughts in the wake of Sunday's win when hinting he would stay if given assurances over the club's ambitions. He had been due to meet with the club's managing director Lee Charnley, but said after the game it would be better if Ashley was also involved, as it appears he was.

"Hopefully this week we will start analysing what is going on and what will be the future of Newcastle United and my future," he said before news of the post-match meeting with Ashley was made public. "I will talk, I will analyse and I will try to do the best for me, that has to be the best for Newcastle United.

"So, you can put it one way or the other way, the best for Newcastle United or the best for me, but.... if we go together it has to be the best for both. "I don't know what he [Ashley] will do, but I have an appointment with Lee Charnley so I will talk to him. If they want both to talk with me it will be fine, no problem."

Benitez was the recipient of plenty of support from Newcastle fans during Sunday's game, and he said that could help him in his decision-making.

"My heart is saying yes - great club, great city and opportunity - but you have to use your brain too," he added.