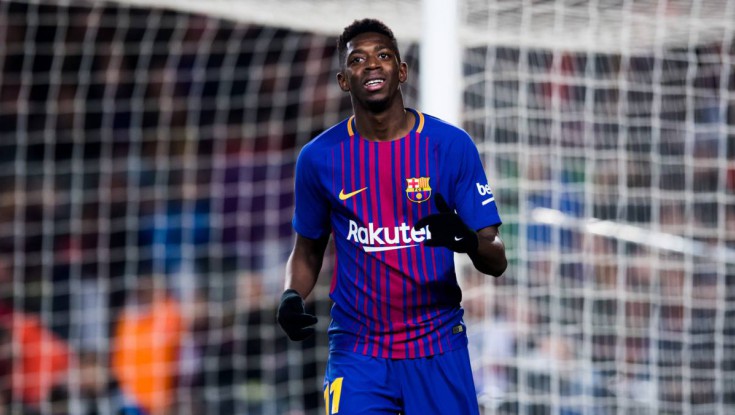 Ousmane Dembélé arrived at Barcelona in a summer transfer that saw the LaLiga giants shell out 105m euros plus add-ons for a player tasked with replacing Neymar. However, injuries have prevented the winger from establishing himself in Ernesto Valverde's side, with the 20-year-old so far limited to just 395 minutes of action for the Blaugrana this season.

Barcelona colleagues unimpressed by Dembélé's diet. And the Spanish radio station Cadena SER has revealed that Dembléle is the subject of real concern in the Barça dressing room. According to the programme 'El Larguero', there are doubts about the France international's lifestyle, particularly a fast-food-heavy diet that is felt to be making him all the more vulnerable to injury.

The report also indicates that the former Rennes and Borussia Dortmund forward's Barcelona career is being undermined by an excessive enjoyment of the nightlife on offer in the Catalan capital. Meanwhile, Dembélé has likewise not been helped by his parents' recent separation, or - despite his good relationship with compatriots Samuel Umtiti and Lucas Digne - apparent difficulties in communicating with his team-mates.

Lax warm-up against Atlético did not go down well

Dembélé was not in the Barcelona team for Sunday's crucial LaLiga win over Atlético Madrid, but was a candidate to come on once Los Rojiblancos began to give up greater space in the latter stages of the clash.

However, he remained an unused substitute, and 'El Larguero' reports that, having been sent out to warm up, a five-minute spell in which he could be seen standing motionless on the touchline did not go down well.

Nevertheless, adds the radio show, the powers-that-be at Barça remain confident that, given time to settle in, Dembélé will turn things around and start to show his true level at the Camp Nou.