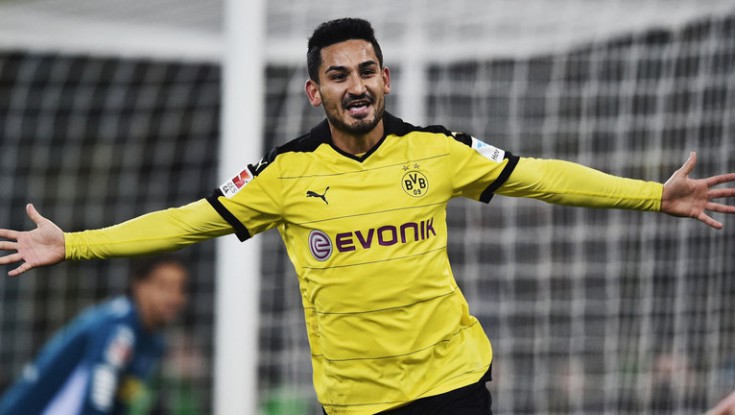 Manchester City are in advanced negotiations with Borussia Dortmund over the transfer of Ilkay Gundogan, although the clubs remain £8.1m (€10m) apart in their valuation of the midfielder. City have indicated a willingness to pay £28.3m (€35m) for Gundogan, although Dortmund value the player at £36.4m (€45m).

Pep Guardiola sees Gundogan, 25, as a key part of his plans when he takes over from Manuel Pellegrini on July 1 and is determined City sign him. Dortmund's willingness to sell is driven by the fact the player has shown no indication he will commit to a new contract - his current deal expires in the summer of 2017. Despite that, Dortmund chairman Hans-Joachim Watzke and Sporting Director Michael Zorc value the player at £36.4m (€45m). City sources confirmed to Sky Sports News HQ in March that a meeting was held in Amsterdam between the player's uncle and agent, Ilhay Gundogan, and City Sporting Director Txiki Begiristain. During that meeting, it is understood personal terms were discussed, and contract terms have since been agreed which would see the player earn £4.8m (€6m) after tax per season, provided the two clubs can agree a transfer fee.

Dortmund have offered Gundogan a new contract, but have so far been unable to convince the player to commit his future beyond his current deal.Coach Thomas Tuchel stated last month he is not convinced the player will remain at the club, saying, "I know what we can offer him and if that is not enough for him to stay then so be it."

Gundogan's potential arrival at the Etihad Stadium would help the club lower the average age of their squad, which is understood to a significant consideration amongst the club's hierarchy. It would also represent an early victory for City in the summer transfer market, were they to sign one of Europe's most highly rated midfielders.

Having joined Dortmund from FC Nurnberg in 2011, Gundogan helped Dortmund win the double in his first season at the club.He was a key player in Dortmund's success under Jurgen Klopp and scored in the Champions League final in 2013 as Dortmund lost 2-1 to Bayern Munich.

Gundogan is highly rated for his tenacious defensive abilities, tireless energy at the heart of the Dortmund midfield, and also his wide passing range and creativity.