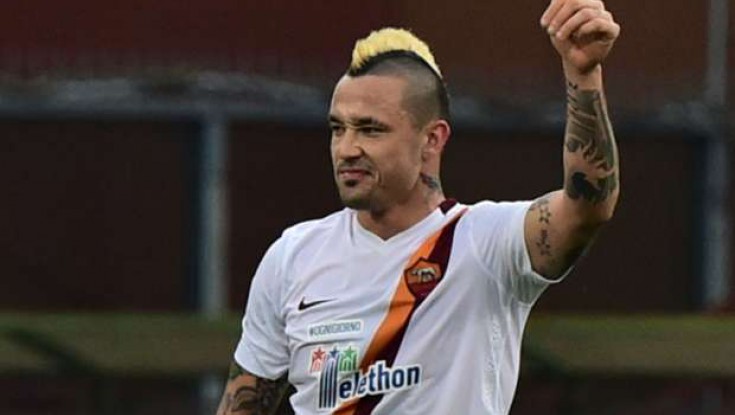 Reports say Chelsea want Radja Nainggolan for €35m but Roma won’t sell for under €45m, while players could be offered in exchange. Giallorossi sporting director Walter Sabatini was pictured outside Stamford Bridge last Friday, fuelling speculation about talks for the Belgian midfielder. Roma denied this, claiming that Sabatini was in London to discuss details of Mohamed Salah’s contract.Despite the denial, Il Tempo has reported today that the capital club have demanded €45m for Nainggolan’s signature.The Blues are believed to value him at no more than €35m, but the report says Chelsea youngsters Ruben Loftus-Cheek and Andreas Christensen could become involved in a deal. Former Cagliari midfielder Nainggolan has three goals in 29 Serie A appearances for the Lupi this season.