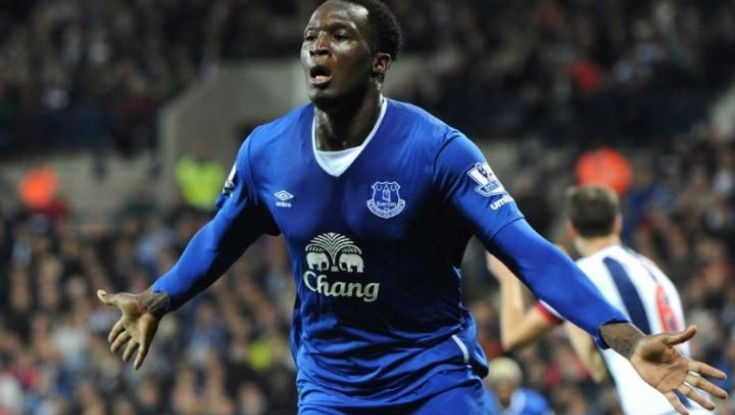 Chelsea will be forced to pay for taking the advice of Jose Mourinho if they pursue interest in re-signing Romelu Lukaku after it emerged the Portuguese advised against inserting a buy-back clause in the deal that took the striker to Everton. Lukaku is high on a list of strikers Chelsea are looking at signing this summer, despite the fact they only sold him to Everton for £28 million two years ago.Everton have now slapped a massive £65m valuation on Lukaku in an attempt to fight off interest from Chelsea, Paris St-Germain, Manchester United and Real Madrid.

Everton are also reluctant to allow Lukaku to leave for a club that will not be in next season’s Champions League, such as Chelsea, but they would have had no choice if the Blues had a buy-back option. According to sources close to the deal in Belgium, Chelsea missed their chance to make sure they could re-sign Lukaku for a cut-price fee, regardless of opposition from Everton, thanks to former manager Mourinho.

Chelsea had been open to the idea of accepting a lower fee for Lukaku from Everton and including a buy-back clause in the deal so that he could easily be taken back to Stamford Bridge.Lukaku is also thought to have been keen on such an agreement, as he was concerned about living up to a big price tag. But during discussions over how to try to structure the deal with Everton, Mourinho was unequivocal in his belief that Lukaku would not be at such a level to interest him in re-signing the Belgian in two or three years. Planning, at the time, for the long-term with Mourinho, Chelsea felt it was pointless attempting to push for a buy-back option without the manager’s full support so instead secured the largest up-front payment possible.

Chelsea did include clauses in the deal that took Lukaku to Everton that will see them earn more money if and when he leaves Goodison Park, but none of them will help a bid to take the 22-year-old back. Stamford Bridge chiefs now regret selling Lukaku with no buy-back clause, believing he was judged and discarded too soon by Mourinho. Since leaving Chelsea permanently, Lukaku has developed into one of the best strikers in the Premier League and has scored 18 top-flight goals this season. He also knocked his old club out of the FA Cup with a brilliantly taken brace.

Lukaku would still be open to a return to Chelsea, despite their awful season, but the Blues fear they could miss out if a bidding war breaks out over the player.PSG, United and Real have much more financial muscle and freedom, under financial fair play rules, to bid for Lukaku and Chelsea found how tough Everton can be in last summer’s pursuit of central defender John Stones.

Ironically, Mourinho’s mistake over Lukaku could well end up doing him a favour if he succeeds Louis van Gaal as Manchester United manager or takes over at PSG. United and PSG are expected to bid for Lukaku and, despite the fact the Portuguese is the man who sold him, he would be prepared to play under Mourinho at Old Trafford or the Parc des Princes.

Eden Hazard hopes to return from injury for Saturday’s Premier League trip to Bournemouth, although interim manager Guus Hiddink will have to decide whether to start the Belgian or put him on the substitutes’ bench after six weeks out with a hip problem.