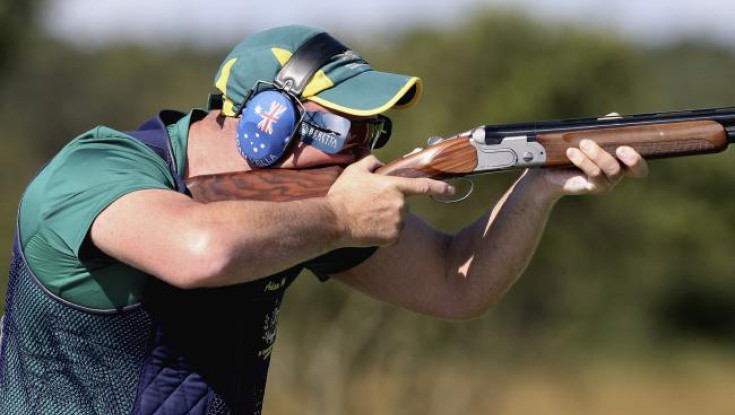 12:51
332369
| A A A
Share
Olympic gold medallist Michael Diamond was arrested on gun charges
SHOOTING veteran Michael Diamond is in doubt for his seventh Olympics after being arrested on gun charges. The 44-year-old Olympic gold medallist has been charged with high-range drink-driving and carrying a shotgun in his car following a domestic incident with his brother at Nelson Bay, near Newcastle on Saturday night.

He reportedly refused to undergo a roadside breath test when initially stopped by police, but then later recorded a reading of 0.159 — more than three times the legal blood alcohol limit — when taken to Raymond Terrace Police Station.

When police searched his car they found a shotgun along with 150 rounds of ammunition. His firearms and drivers licences have since been suspended.

Diamond’s brother has also filed a provisional apprehended violence order against him, while he was released on bail and is set to appear in court next month.

He would not comment when approached by News Corp Australia and will appear in court in June.

The two-time Olympic gold medallist’s place at Rio had already been under a cloud, with his selection being challenged by fellow Australian shooter Mitchell Iles.

Iles, 16, is arguing that he shot the national federation’s benchmark of 121 from 125 targets more times than Diamond and fellow shooter Adam Vella at the Court of Arbitration for Sport.

Diamond made his mark at the Atlanta Olympics in 1996 when he won gold in the trap shooting event, doing the same in Sydney four years later.

He’s missed out on a podium berth by just one place in the previous two Games in London and Beijing.