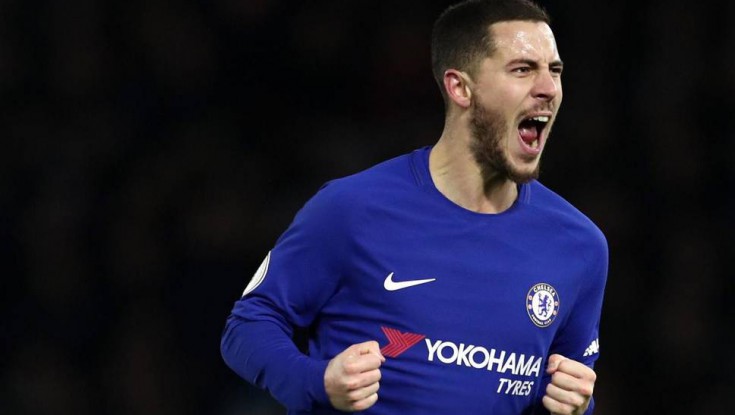 12:50
313992
| A A A
Share
Hazard is entitled to ask himself: What am I doing at Chelsea?
The jig appears to be up for Antonio Conte and the Blues have a summer of rebuilding ahead of them, meaning their playmaker might consider moving on

The warning signs were there before kick-off. The presence of N'Golo Kante for Chelsea in a game like this is non-negotiable.

Although he travelled with the squad – and was seen coming through the bowels of the Etihad Stadium with the rest of his team-mates afterwards – the France midfielder was unavailable to face Manchester City on Sunday through illness.

With him in the side Chelsea can play both ways. Antonio Conte can ask his side to get on the ball and he can rely on the simple but tempo-setting passes of Kante in midfield.