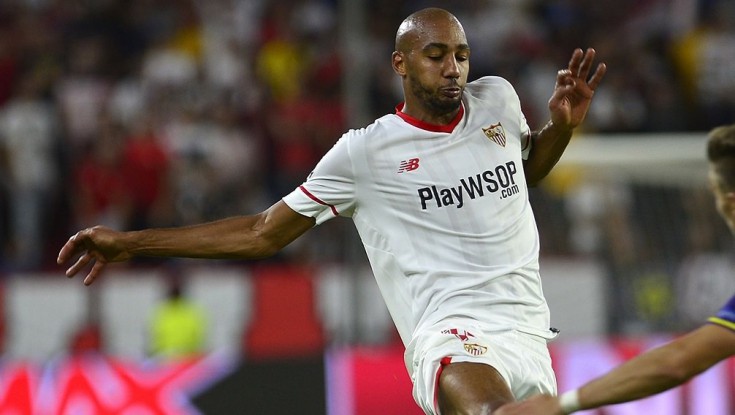 The Sevilla midfielder  Steven N’Zonzi has aired his regret at having seen Sevilla knock back interest from Paris Saint-Germain in the summer of 2017. The France international was linked with several clubs as his future in Spain was called into question on a regular basis. A return to the Premier League with Arsenal was mooted for the former Blackburn and Stoke midfielder, while a possible homecoming in Paris was also mentioned.

N’Zonzi admits that he would have welcomed the opportunity to return to his roots at an ambitious side in Ligue 1, but was not given the opportunity to thrash out a transfer. The 29-year-old France international told Canal Football Club: "It would have been nice. They [PSG] have a great team.

“I would have played in Ligue 1. After that, I'm Parisian, and like all Parisians, it's nice to play for your hometown team. It would have been a good thing, but it did not happen.”

Sevilla made it clear throughout the regular rounds of speculation that they had no intention of parting with N’Zonzi. They have him tied to a contract until 2020 and are eager to retain the services of a prized asset. N’Zonzi has, however, hinted at an exit in the past, with a Premier League admission in November having left the door open for the likes of Arsenal, Everton and Manchester City.

He said: “I really like the Premier League, this is where I started at a good level. I had a great time there. I don’t know what is going to happen in the future.”

For now, N’Zonzi’s club career is keeping him at Sevilla, with there also a desire on his part to force his way into Didier Deschamp’s plans for the 2018 World Cup. He said on that ambition: "It's a dream for everyone to go to the World Cup. When you're little you think about things like this. After that, if you think too much about the future, you lose focus.”