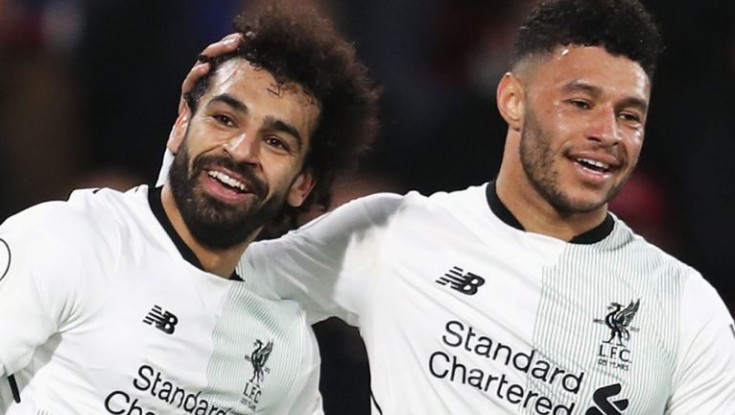 Alex Oxlade-Chamberlain has described Liverpool team-mate Mohamed Salah as an "inspiration" after he scored in his seventh consecutive game to help the Reds to a 2-0 win over Newcastle on Saturday. The Egypt international has impressed in his debut season with Liverpool following his summer move from Roma, and is currently joint top scorer in the Premier League.

Oxlade-Chamberlain also moved to Anfield at the beginning of the season, and the former Arsenal midfielder says there is more to come from him in a Liverpool shirt. He said: "There is more in me. I know I have to keep pushing on.

"I can take so much from someone like Mo Salah. Just look at him this season. It has been relentless and when someone can go from - obviously he is a great player - but to be competing with Harry Kane and Sergio Aguero for top goalscorer is something you have to learn from.

"People probably wouldn't have expected that from him at the start of the season. To put himself in that position is down to the mentality he has to work hard and get the best out of himself. "Every season there is always an example of people like that. You can take inspiration and I have got to keep pushing myself.

"I have nine games left in the league and we have the Champions League and I want to give the best of myself in those games and do as much as I can to help this team finish as high as we can."