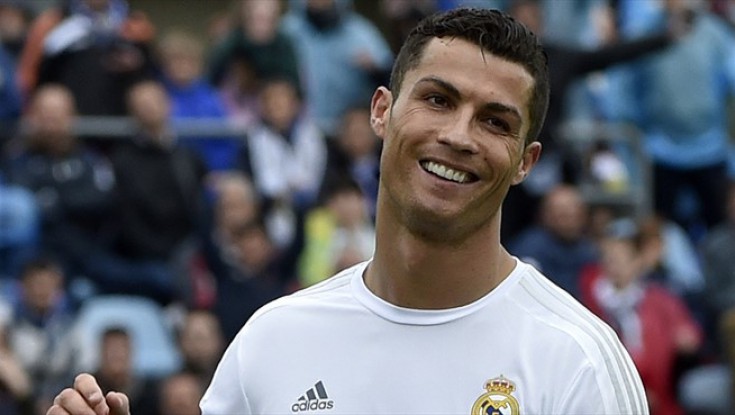 With a total of 93 UEFA Champions League goals, Cristiano Ronaldo is racing clear at the top of the competition's all-time scoring charts, and the 31-year-old Real Madrid forward feels that he is a part of footballing history whether people like it or not.

-What does it mean to you to be the European Cup's all-time top scorer?

- What brings you most pleasure on the pitch?

- Doing what I love – doing my job. Doing it well, enjoying it and ensuring that the fans also enjoy themselves. Trying to score goals – fans always like to see a good match, and to see goals obviously. And that's my job. It's to win, play well, score as many goals as possible, help my team and enjoy it. 'Enjoy' is the word that I need to underline, because that's football: it's happiness, it's passion and it's adversity as well.

- Who did you look up to when you were coming through the ranks at Sporting CP?

- To be honest, I never looked at any player and wanted to be like them; some great players who have passed through Sporting but I was always thinking further ahead. I was already thinking about the national team. I felt that playing for a big club was difficult but I was going to be able to do it, but playing for the national team is always more difficult. And then things happened very quickly. I signed for Manchester United, and after some time I was in the national team. My big reference points were Fernando Couto, Rui Costa and Luís Figo, because they were the biggest names in Portuguese football.

- As a youngster, what did you think you could go on to achieve?

- I always felt that I was a special player, ever since I was starting out at Sporting. I felt that sooner or later I would be a top-level professional. I never thought it would come so fast, but I was preparing myself because, like I said, the talent was there. I've always worked hard, believed in my potential – in the academy at Sporting, at Manchester United and at Real Madrid as well – and I've developed more and more as a player, as a person, as a human being. I've enjoyed my work.

- When we look back in 20 or 30 years, how will history remember Cristiano Ronaldo?

- I don't doubt that I will go down in footballing history. Whether people like it or not, the numbers speak for themselves. I will be up there with the rest. Some like it more, some like it less, but I have no doubt that I'm already in the history of football.