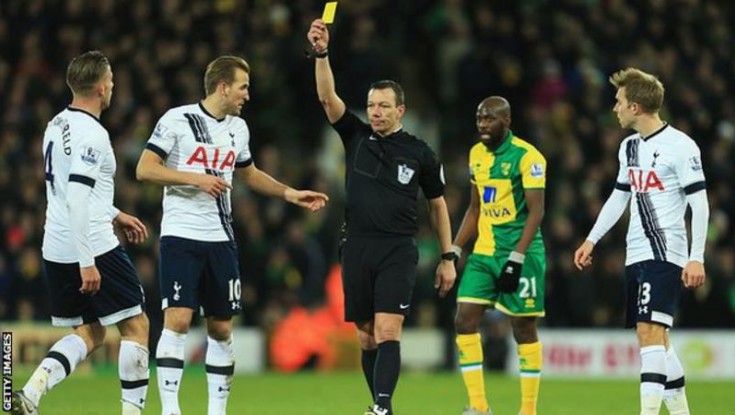 The Premier League has removed referee Kevin Friend from Tottenham Hotspur's game at Stoke City on Monday, because he supports top-of-the-table Leicester. Spurs are City's closest rivals, seven points behind with five games left. The Professional Game Match Officials Ltd (PGMOL) do not pick Friend, who lives in Leicester and has attended games in a personal capacity, to referee matches involving the Foxes. The PGMOL said "the timing and context" of the game saw them replace Friend.

"It was felt unnecessary to add extra scrutiny on the refereeing appointment," a PGMOL statement said.

Neil Swarbrick, from Preston, will take charge at Stoke, with Friend instead officiating Newcastle's game against Manchester City on Saturday.