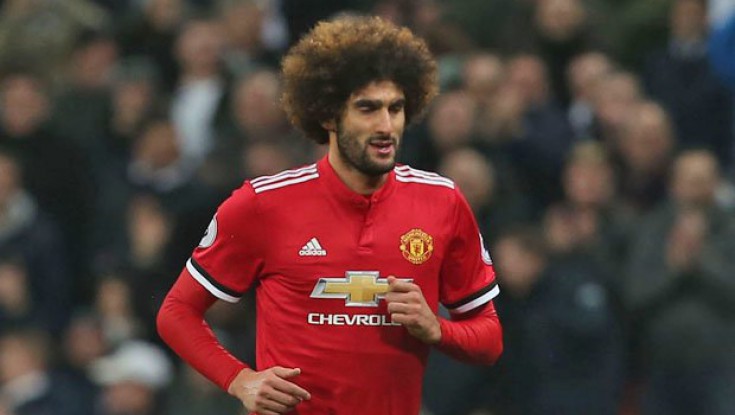 Manchester United`s Marouane Fellaini has opened talks with AS Roma about a possible move to the Italian outfit. The Belgium international has decided to leave United at the end of this season after rejecting two new contract offers.

Fellaini turned down a 12-month extension in September and has now rejected a second offer from United executive vice chairman Ed Woodward.

It is understood Fellaini, 30, wants a longer deal on improved terms because he knows this could be the last big contract he signs.

But despite Jose Mourinho being keen to keep him, United have failed to reach an agreement with the former Everton star. Fellaini has now decided to run down his current deal and look at his options before deciding which club to join in the summer.

Turkish giants Galatasaray were thought to be the front runners to land Fellaini after offering him a three-year-deal worth around £150,000-a-week. But while this deal would guarantee him more than £21m in earnings, Starsport understands Fellaini is reluctant to ply his trade in Turkish football. Fellaini would rather uproot his family for Italy and believes Serie A is more competitive and suited to his game.

Inter Milan and Juventus are also interested in Fellaini, who will now spent the next few months weighing up who is prepared to hand him the best deal. Roma bosses have made contact with Fellaini's representatives and he has told them he is interested in moving to the Italian capital. Fellaini joined United for almost £30m in 2013 from the Toffees and struggled to make an impact.

He was tarnished with being part of the doomed reign of David Moyes and supporters mocked him.

But he refused to give up hope of establishing himself and gradually became an integral part of the team under Louis van Gaal and then Mourinho.