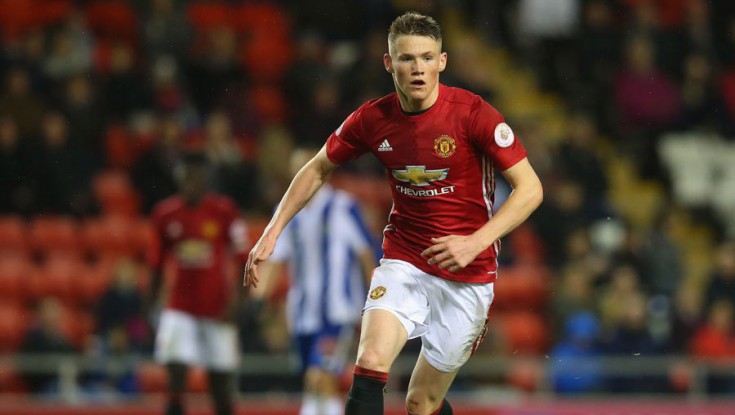 Manchester United ace Scott McTominay will snub Scotland in favour of pledging his international future to England. The midfielder is at the centre of a tug-of-war for his services between the old rivals north and south of the border.

McTominay qualifies for both countries because he was born in England but has Scottish relatives.

Scotland boss Alex McLeish travelled to United's Carrington training complex on Thursday to talk to McTominay in a bid to persuade him to link up with his squad. McTominay wants to represent England and could even be included in Southgate's squad for this month's friendlies against Holland and Italy.

It is understood McTominay has held long chats with Man United team-mates Jesse Lingard and Marcus Rashford, who have told him to choose England.

Southgate will tell McTominay he is seriously lacking options when it comes to defensive midfielders and that he can have a long and successful future with the Three Lions.

A source said: "Scott was approached by Scotland months ago but told them he wasn't interested because he wanted to focus on getting into the United side. "But that was also an excuse, because he wanted England to come calling. He was born in England and considers himself English. It's every player's dream to represent the Three Lions."

McTominay joined United aged five and rose through the ranks to establish himself in the first team under Jose Mourinho this season.

His recent performances have earned huge praise from Mourinho, who preferred the unheralded star to £90m man Paul Pogba for United's recent Champions League clash at Sevilla. Mourinho has spoken to McTominay about his international future and told him to do whatever he thinks is best for him.

Mourinho said: "I've given him my advice, but I think the advice of his parents is more important than mine.

"His own heart is more important than my advice, because mine is purely from a career point of view. More important than his career is his feeling, his family's feeling and also the overall situation with him."

But Three Lions boss Gareth Southgate is also meeting the 21-year-old in the hope of snatching him from under the nose of McLeish.